“I suffered from GERD for 20 years. I experienced a lack of sleep, vomiting every night, and was unable to enjoy all foods. My symptoms also consisted of hoarseness. It didn’t matter what I ate, from plain toast to spicy food wings, it all ended up the same way. I always had to have antacids with me.
I was diagnosed with GERD 20 years ago and was prescribed Prilosec, which didn’t help. I continued to experience all my symptoms all while taking up to 2 pills a day. I was on medicine for 3 years prior to having surgery.
I learned about the surgical options from Dr. Gillian. He showed me what my problem was and how it could be fixed. I choose to pursue treatment with hopes for a better life.
I had surgery 15 months ago and have since lost 50lbs. I no longer experience heartburn, vomiting, and can sleep through the night. Now I enjoy eating hot wings, pizza, orange juice… the list can go on! I am very satisfied with my surgery!
GERD can disrupt your life in a major way! There are people that can help! You DO NOT need to live with it for 20 years like I did. Make your doctor listen… get checked out! Oh and go see Dr. Gillian to have your issue fixed! He’s AWESOME!”
-Karen 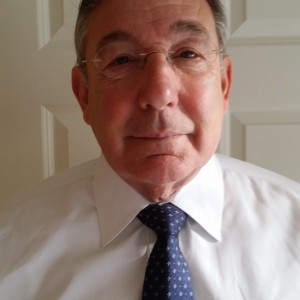 “I lived with heartburn for about 20 years with increasing severe symptoms. It impacted my ability to enjoy my favorite foods and get a good, uninterrupted sleep. I also experienced weight gain as I ‘fed the burn.’ My symptoms consisted of burning in my esophagus, pain in my chest, and general discomfort. I enjoy spicy foods, and my esophagus would become inflamed and restricted. Heartburn was a constant undesirable companion. Falling asleep or lying on my back was troublesome and would lead to reflux. I always had a water bottle nearby to relieve the burning in my esophagus and chest.
I was diagnosed with reflux 10 years ago. My doctor prescribed me Prilosec, then Nexium, and Nexium became a steady prescription. Initially the medicine did help, but over time it became less effective and of shorter duration despite higher doses. All of my symptoms continued.
I found out about the Laparoscopic Nissen Fundoplication procedure while doing web research. Dr. Gillian described it as a wrapping of the lower esophageal sphincter and stomach tissue to provide a seal that prevents acid and bile flow to my esophagus. The failure of response to medication caused me to pursue treatment.
I had surgery 3 years ago and have experienced a general improvement in my quality of life. I am now enjoying ALL things that I had to sacrifice. I am absolutely satisfied with my decision to have surgery. Recovery was quick and there are no residual effects besides general improvement.
Patients should be aware that the dietary restrictions during recovery should be strictly adhered to…”
-James E. “I had acid reflux for 20 years. I was limited to foods, ate early, took medication, and had to sleep propped up in bed. Acid would enter my mouth in the middle of the night waking me up. I had to limit the foods I ate (i.e. peanut butter). I couldn’t eat any rich foods, and no acidic foods (i.e. tomatoes, an orange juice). I suffered from loss of sleep, had to eat early and limit what I could eat.
I was diagnosed 20 years ago and was prescribed Prevacid; which I took 2/day. The treatment did help at first, but I still had episodes on occasion. It took me 20 years until I decided to get help.
I attended a seminar Dr. Gillian held and saw an article in the newspaper. He [Dr. Gillian] explained surgery to me and it motivated me to get surgery done. I am now one year post op from having the Laparoscopic LINX done and my reflux is totally cured and I am able to eat anything when I want- especially orange juice in the A.M.! Am I satisfied with my results? Heck yes!
It will totally cure you- DO IT!!”
-William “I’d suffered from acid reflux for 20 years. I couldn’t eat much at a time, couldn’t eat spicy foods, or sleep on my back. I experienced nausea, and reflux of both food and liquids. Heartburn caused burning in my throat as well. It affected the way I ate too. I was unable to eat spicy foods and could only eat just a few bites during a meal. Acid reflux affected my life and was debilitating the last few years. I was sick to my stomach, experienced hoarseness and lack of sleep. The major impact it caused was on my diet.
I was diagnosed with acid reflux 20 years ago. My doctor prescribed me Nexium and Protonix, but it only relieved my symptoms for a few years then became ineffective. I started to experience reflux, heartburn, and hoarseness again.
My ENT physician referred me to Dr. Gillian. My condition was explained through drawings and he [Dr. Gillian] explained both possible procedures. When the medications became ineffective I decided to pursue surgery.
It’s now been 4 months since surgery and I have no more heartburn or reflux. I am able to eat spicy food once again! I am very satisfied with my surgery outcome.
Do not suffer. Have the necessary testing done, and if the testing shows you have reflux, have the surgery. I opted for the LINX procedure because it had less side effects.”
-Cheryl “I had heartburn for 15 years. At first, medicine controlled my reflux, but it got worse and worse and I would feel sick after eating, and drinking water. My reflux made exercising and sleeping very difficult. I was worried about cancer; my dad died from esophageal cancer). I had to sleep propped up with pillows. I experienced nausea, burning in my chest, belching, fluttering heart, and burning in my stomach. When I ate a bite of chocolate, I would be in pain. Coffee, red wine, and fried foods were bad, even when eaten in moderation. When I developed bile reflux, I had to take medicine four times a day which interfered with my scheduled meals. I was constantly worried about developing Barrett’s Esophagus and cancer and felt unwell all the time.
I was first diagnosed in 2002 and was prescribed Zantac to be taken every two weeks. It did help for a few years but my reflux got worse and then I was prescribed pantoprazole in 2009 after my endoscopy showed esophagitis and a hiatal hernia. After being on pantoprazole for five years, I decided to see someone.
I read about the Laparoscopic Nissen Fundoplication surgery and didn’t want to have that specific one done. I looked up alternatives and found out about the LINX procedure. I self-referred myself to Dr. Gillian and he explained the LINX as fixing a “plumbing problem” instead of trying to cover up my symptoms with prescribed medicines. My deteriorating quality of life and the death of my father to esophageal cancer motivated me to get help. Seven months post-op from surgery I’m feeling great. I can sleep flat at night, don’t feel nauseated, and I’m exercising more! I’m enjoying doing yoga, jogging, red wine, and sleeping! I am absolutely satisfied with my surgery!”
-Erica

“I had reflux for over 10 years. My acid reflux was tremendous and bothered me at night when sleeping. I would suffer from heartburn and gurgling in my chest. Tomato based foods and peppers were out of my diet and I had to eat before 6 pm so I that I wouldn’t have problems when sleeping. I was also unable to exercise.
I was on antacids and Prilosec for over 10 years and experienced little to no relief. When I saw Dr. Gillian in his office he spoke to me about different procedure that were available that could help with my reflux and even made drawings for me as to how the procedure would be done. I had surgery in February 2013 and now I can eat anything I want and have no more reflux! I can enjoy eating normal again. The major plus for after surgery was that now I can eat my spicy foods. I am most definitely satisfied with my surgery results.”
-James M. 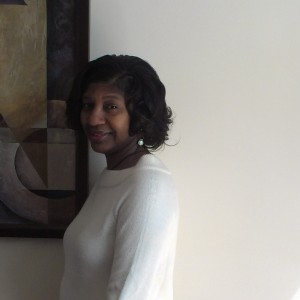 “Eighteen months after surgery, I’m experiencing no heartburn related symptoms.”
“I suffered from heartburn, chest pain, and occasional stomach aches for 34 years. The symptoms were bothersome, but I suffered through them.”
“The medicine helped for a couple of years but I was still unable to eat spicy foods and sleep without chest pain.”
“Dr. Gillian discussed surgery with me with drawings and pamphlets. Once I had the procedure I was able to sleep without chest pain, and had no heartburn related symptoms.”
-Cynthia

“I suffered with reflux for 3 years. I had a hard time swallowing, breathing, and had post nasal drip consistently. The cold temperature outdoors made my symptoms worse and cardio exercises was challenging. I also would have difficulty sleeping, cough consistently, clearing of my throat, shortness of breath, and had asthma like symptoms. Enjoying spicy foods and alcohol was out the picture!
It took three years until I was properly diagnose with GERD. Over the counter meds were just band aids with no real relief. My symptoms either disappeared almost automatically or were reduced significantly.
After seeing Dr. Gillian on a news report on NBC4 made me come into the office for a consultation. He [Dr. Gillian] described the LINX procedure as a metal rubber band, similar to a candy necklace, which sits on top of the stomach around the esophagus allowing food down and not up. After hearing about this procedure I knew I wanted my problem fixed.
Following surgery my asthma like symptoms were gone and I was able to breathe again! I am happy with my results following surgery.
Don’t put off getting yourself checked out. Dr. Gillian has be a savior of sorts since getting this done.”
-Adrian

“For 9 years I suffered from reflux and at one point it got so bad that I couldn’t work. My reflux affected my sleep so greatly as if I had sleep apnea- I would wake up continuously at night. I suffered
-Jill